You grant your consent to all cookies by clicking on the “Accept all” button. If you want to accept only technically necessary cookies, click on the “Only necessary“ button.

The airing needles are designed for local final drying or cooling of grain on heaps.
The airing part is pushed into the grain and turned to get as deep as possible; the whole perforated part must be hidden in grain.
The grain is aired within an area of 2-5m. The length of setting of the needle depends on the humidity and temperature of the grain. After airing, the needle is moved to another place. For AIRLANCE needles, the use of more bottom airing parts for one fan is possible.
AIRWHISPER works on the suction basis; AIRLANCE can be used in the suction as well as in the blowing mode (by turning the fan).
AIRWHISPER is supplied as a complete set with a plug (230V), AIRLANCE is supplied as a complete set with a motor protection switch and a plug (400V). 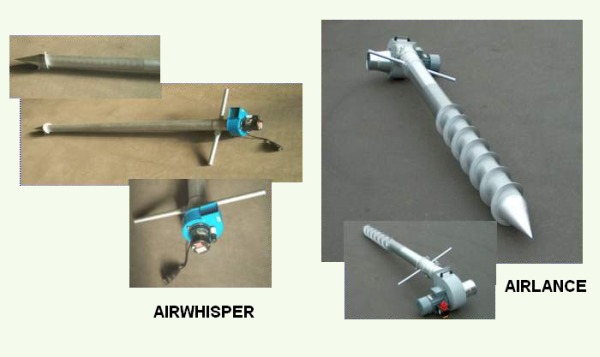